OF THIEVES AND ELVES: A SUPERNOVELLA 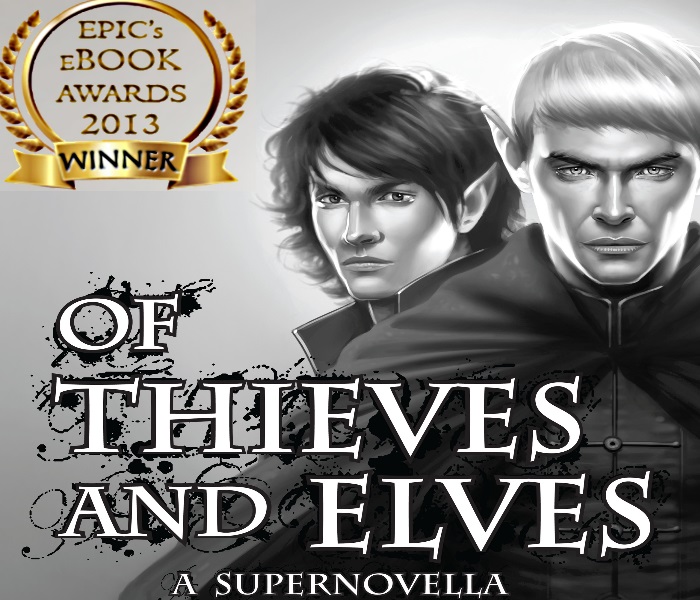 A monumental tragedy has befallen the Clan of Ionor, an ancient brotherhood of elven warriors. Concerned when their Master does not reach his secretive business in a distant kingdom, the Elders learn that Tryn, their beloved leader, has been captured by a cutthroat gang of bandits known as the Steel Claw. Yet this is not the darkest of their tidings. The relic under the clan’s safekeeping, a weapon of terrible power that was forged by the gods themselves, is also missing.

The Ionor dispatch Eonen, a headstrong Elder, and a young and talented apprentice, Tride, to rescue the Master and the relic by infiltrating the bandits’ stronghold—the formidable Fortress of Toppledom. As the two determined elves hasten into the unknown beyond their borders to restore balance and honor to their clan, they encounter the true darkness behind the matter—the very origin of the world’s evil.

Allegiances will be twisted. The fates of many will be set into motion. And the destiny of one will be realized.

Also available: STEEL AND SNARE, an Add-on for OF THIEVES AND ELVES.