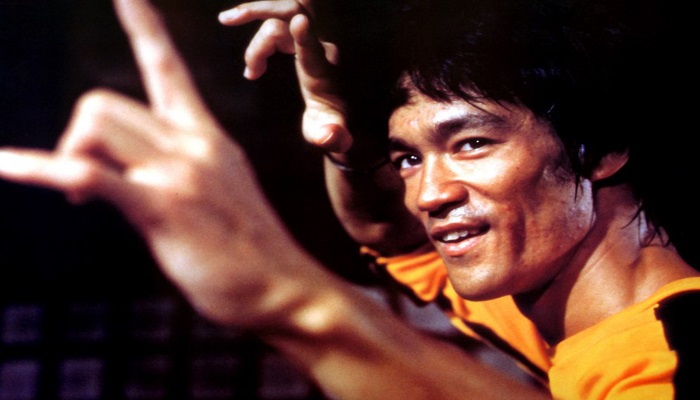 Action scenes are a big part of my books that I write. I have grown up watching classic action flicks and martial art films. I have seen my fair share of hard-hitting punches and kicks, spectacular stunts, and interesting characters. But there are some actors who stand above the others, to me, when it comes to action films. Sure you got the stable of names like Stallone and Schwarzenegger, but they did not make this list. Yes, I enjoy those two guys, as well, but this is my Top 5. When these stars are on the tv, I will always watch.

In no particular order (except for the first).

BRUCE LEE: The man. The legend. I first watched Bruce Lee when I was about 12 years old. That was it for me. Such screen presence and pure martial arts ability. Bruce lit up the screen whenever he was on it. He was a pioneer in many ways. He was one of the first to teach Westerners the arts, one of the first minorities to have a big role on a television show, and so much more. I could write a book on how Bruce Lee changed the world and also made a difference in my life. Heck, I even had the Bruce Lee haircut in high school…and that was in the 90s. Yeah, I got slack about it from my friends, but it was a sweet do.

As we all know, Bruce only made 4 complete movies and had bits and pieces of his fifth film (Game of Death) made at the time of his death in 1973 (a horrible year. Tolkien and Bruce Lee both died in 1973). But the movies he did make went on to be top-grossing films in Asia at their time of release and have become classics to millions all over the world. No one can fight like Bruce Lee and his legacy will carry on in my characters and stories.

My favorite Bruce Lee movie: Game of Death (the last 12 minutes) ….the rest of the movie is horrible. But that last chain of fights was amazing. I can only imagine what the whole film would have been like. Probably would have been the crowning jewel of his 5 film. 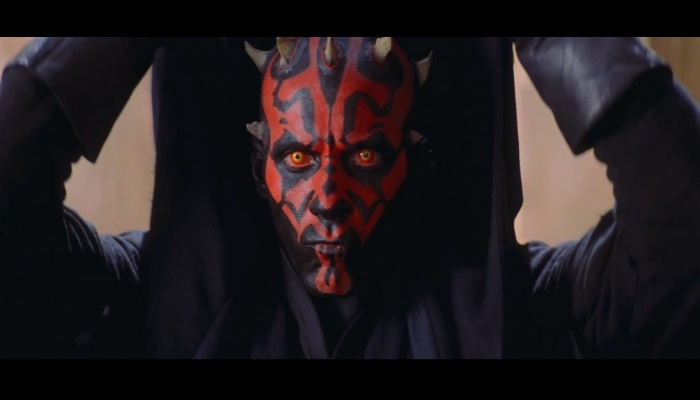 RAY PARK: Many of you might not know Ray Park by name, but I sure do. I first saw him in The Phantom Menace (yeah, say what you want about that movie). At first, you see Darth Maul, this badass guy with a two-bladed lightsabre. He’s got the wicked make-up, the cool clothes, the whole thing. Then you see him fight. He moves that weapon around with such ease. He does flips and twirls in the air with his body. Very graceful. You can definitely tell it is Wushu. And you would be right. Ray Park is a Wushu champion and is a big practitioner of the martial arts.  The thing I have always been bothered about is that his face is generally covered up in his movies. There was Darth Maul, Toad in X-Men, Snakeeyes in G.I. Joe (twice), and the action-based part of the Headless Horseman in Sleepy Hollow. There have been a couple of films where Ray has not been shrouded to the point of not being recognized, but even then his parts were small. But anytime there has been a Ray Park part in a movie, I am there. I have met Ray a couple of times at cons and such and we had some good talks. He even taught me one of the forms since I was also a student of the Chin Woo School, which Ray is a part of. Great guy.

My favorite Ray Park film: Ecks vs Sever. The first time we see Ray without a mask of special effects on his face. He was a baddie and had some great moments. And he got to talk more than one or two lines. Only bad thing is….he was killed at the end by Lucy Lui. Lucy Lui….really? Ray Park could take her in a second. 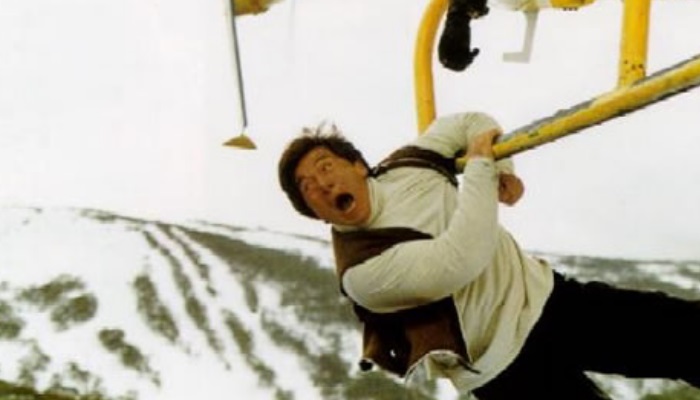 JACKIE CHAN: One of, if not the best stuntman of all-time. Jackie Chan has been on the scene since the 70s. He first appeared in Enter the Dragon and was killed by Bruce Lee. With the popularity of martial art films on the rise back then, Jackie found lots of work. He made several great films in the 80s that were very popular in Asia. I think he wasn’t really well known in America until the 90s, when Rumble in the Bronx came out. And after America got a taste of him in that movie, they then brought over some of his older films, like First Strike and Operation: Condor.

Not only is Jackie Chan excellent at stuntwork, he is a great fighter and creates some of the most entertaining scenes you will ever watch. They have lots of action and also some humor mixed in most of them. You can tell he embodies the spirit of Charlie Chaplin and Buster Keaton in his films. And it is also fun to watch the outtakes at the end of his movies that shows how some of the stunts worked and also how several of them did not turn out so well. Jackie Chan has broken several of his bones, sometimes the same one more than once in his life. You can even see sometimes he had a cast put on and then they put a sock over it to make it look like his shoe, etc. That shows dedication right there.

My favorite Jackie Chan movie: First Strike. Some of the best fight scenes in Jackie’s portfolio, especially the ladder scene. He uses several of the objects in the room to defeat his foes. Chairs, ladders, poles. brooms, etc. It doesn’t matter to him. This film shows the master at work. 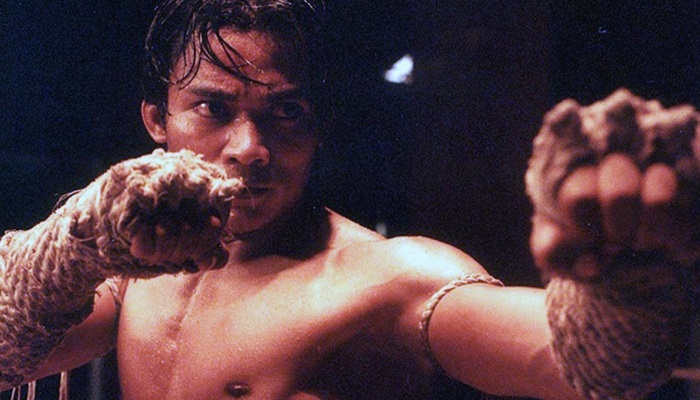 TONY JAA: Talk about a martial arts powerhouse that exploded on the scene not too long ago. He also does his own stuntwork like Jackie Chan and has the fighting prowess of Bruce Lee. I first saw him in Ong-Bak and ever since then, I have anticipated all of his movies. There have been three Ong-Bak movies and another epic action flick called The Protector. If you want to see a lot of bone-breaking, high action fights, then look no further than Tony Jaa. Elbows and knee strikes galore.

My favorite Tony Jaa movie: The Protector. Near the end of the movie, Tony takes on about fifty guys and goes on to break about 100 bones in several brutal ways. And if leaving a room full of downed baddies wasn’t enough, he then has to fight four massive guys….and I mean Big Show massive. Four of them. Every second of these fight scenes are enjoyable to watch. Just don’t mess with the elephants. That’s all I have to say. 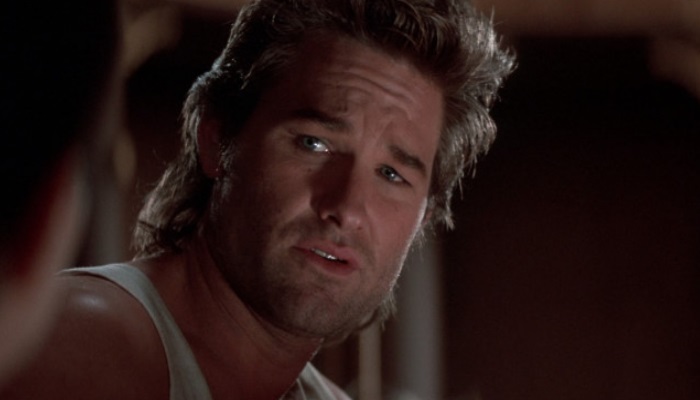 KURT RUSSELL: A Hollywood legend. There was no bigger star in the 80s and 90s, to me, than Kurt Russell. He had a few films that were not action-based like Captain Ron and Overboard, but the bulk of the work he is known for is action. The Escape movies (Escape from New York and Escape from L.A.) helped make him a force in the realm of action films. His portrayal of Snake is unforgettable, and inspired Hideo Kojima with Solid Snake in the Metal Gear franchise. Then there was Big Trouble in Little China, Tango and Cash, and Tomb Stone. Unlike most action stars, Kurt Russell is also a splendid actor. He is believable in any role he takes, be it serious or comedic. He has a swagger that you really don’t see often in modern actors. He’s a smooth talker and a kickass guy. Too bad he didn’t get the part of Han Solo in Star Wars. I think he could have easily rivaled Harrison Ford’s portrayal of that character. Hell, he might have even done it better.

My favorite Kurt Russell movie: Big Trouble in Little China. One of the movies I can quote all day and night. Although he is not the center of the ass-kicking in this movie, I think this is one classic movie. He has this John Wayne thing going on (which John Wayne is who he drew upon for the voice of Jack Burton) and he also balances out the seriousness, the comedy, the romance, and the action perfectly.

So these are my top five action stars. Agree with some? Disagree? What do you think of this list?