For my first Top Five, I wanted to do my favorite television show, Supernatural. I have been a fan since it started in 2005. Throughout its current 8 seasons, it has had its ups and downs, and some classic episodes the fans love. Many lists of Supernatural’s top episodes will vary from place to place, as will mine. These are my Top Five in no particular order. 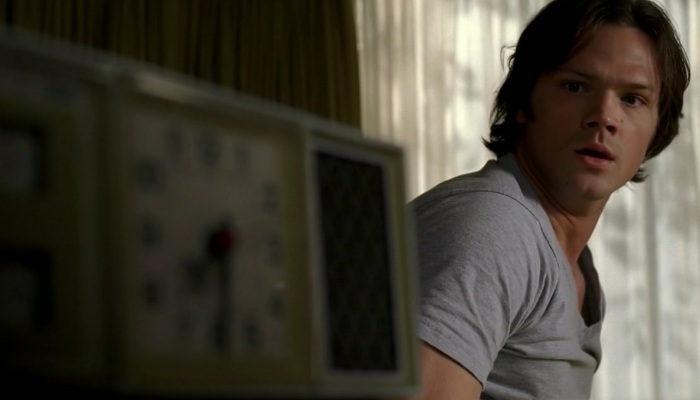 The brothers go to investigate the disappearance of an online reporter who debunks supernatural activities. But this small town is more than what they expected….especially for Sam. When Dean is killed, Sam is thrown into a time loop ala Groundhog Day. And everyday, the town is the same, including the death of Dean in dozens of ways. As hard as Sam tries to save his brother, he cannot. While the premise sounds grim, this is actually a funny episode for the most part. Seeing Dean being hit by a car, having a piano dropped on him, being electrocuted cartoon-style, eating bad tacos, etc are all pretty comical. Sam even gets to where he knows everything Dean is about to say. “Yeah right you’re a mind reader.”

We learn the Trickster is behind the whole mess. And any episode he is in is hilarious. But the Trickster always does what he does to teach them a lesson. Very good episode.

FAVORITE MOMENT: “Heat of the Moment” playing in the hotel room. “Rise and shine, Sammy!” and Dean doing his head nodding. 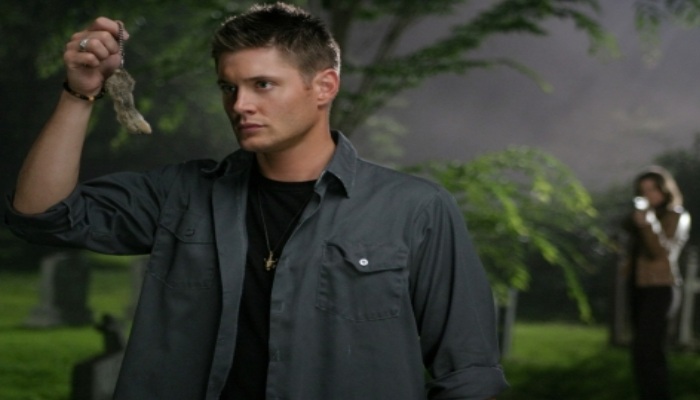 When the brothers learn that someone broke into their dad’s storage unit, they go to find out what happened. ….wait, their dad had a storage unit? News to them, too. Then, with all the strange objects and personal items John Winchester kept hidden away, the brothers see that only one box is missing. After some handy work, they find out who took it. And what was it exactly? A weird, old rabbit’s foot. Can’t be bad, right? Well this rabbit’s foot gives the owner a streak of good luck like you won’t believe. Too good to be true, right? Lose the foot and you die. Plain and simple. And wouldn’t you know it….Sam touches the foot. At first, its all fine and dandy. Free dinners, winning lotto tickets….but he soon loses the foot. Bad news.

Once Sam loses the foot, much humor is had at his expense. Losing his shoe in a drain, falling and stumbling, things catching fire, etc. But in the end, all turns out well.

FAVORITE MOMENT: The foot is burned, Bella leaves, and Dean thinks they still have a pocket full of winning scratch offs. But come to find out, Bella took them when they weren’t looking. Then Dean screams, “Son of a bitch!” ….all the while Sam (Jared) couldn’t keep a straight face. Maybe it was a previous take that had him tickled about something. 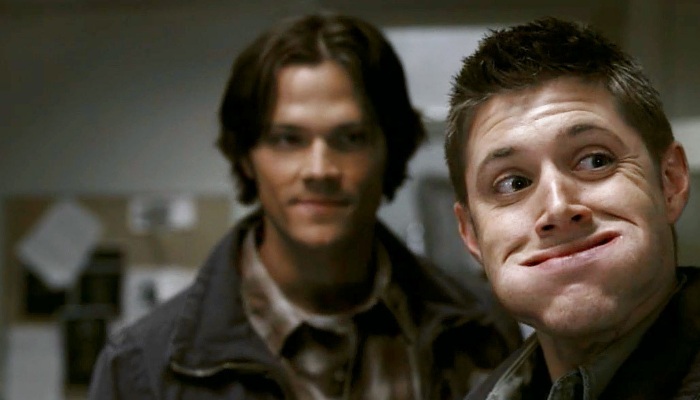 There are some strange things going on at a university. A teacher jumps to his death out of a window, a student is abducted by aliens, and the Winchester brothers are at odds. Frozen laptops, air being let out of the Impala’s tires, etc. Even when Bobby is called in to sort through the strange case they are working, none can make much sense of what is going on. It is finally revealed that a Trickster is behind the whole ordeal, making people die via tabloid journal style. I enjoyed the one sided stories according to each brother and how it made the other look. Dean having Sam go blah blah blah in one scene, Sam having Dean with a mouthful of candy like a squirrel. Very funny episode.

FAVORITE MOMENT: The slow dancing alien bit. Lady in Red will never be the same to me now. Awesomeness. 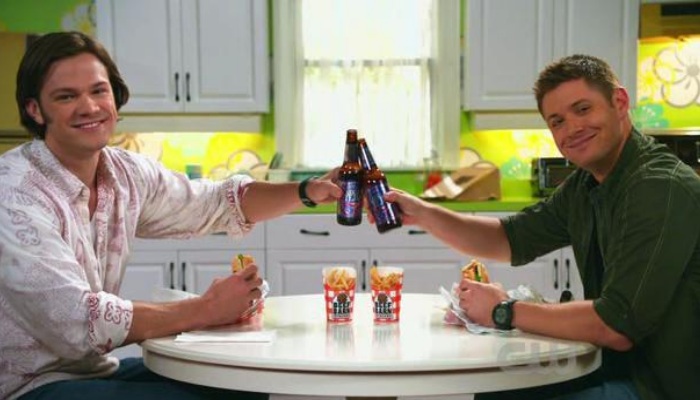 More strange happenings for the Winchesters….but what else is new? We love it. This episode had a different opening theme done in the old 70s sitcom style. Perfect match for the cheap 70s looking set that looked like it came out of Three’s Company. And a cheesy sitcom isn’t all they have to endure as they are thrown into TV Land. There’s the typical hospital romance drama type show, a CSI (complete with the sunglasses at night and one-liners), a Knight Rider bit, and more. Another funny episode….and guess who is behind it all? You guessed it. The Trickster. But again, he comes bearing life lessons for the brothers. Play your roles.

FAVORITE MOMENT: Dean is worried about Cas. Sam isn’t around. When Dean gets into the Impala, it turns out the car has been transformed into KIT (in a sense) and Sam is the voice of the car. The Impala is eqipped with the red light bar in front, the control panel inside, and the Knight Rider theme even plays as Dean hauls ass down a leaf-ridden street. “Dean?” “What?!” “That feels uh uncomfortable. …Oww.”

No Rest for the Wicked:

The season finale for #3 was one I will never forget. Yes, this was the season that was cut way short by the writers’ strike, but it was still very well-done. The Winchesters have their showdown with Lilith, a creepy little girl that kills the dog, her Grandpa, and anyone that looks at her wrong. This is also the episode where Dean’s time has come to an end as the deal he made with the demon has come up. At first, they thought of fighting back against the deal, but he accepts his fate. The hellhound is unleashed and it tears him to shreds. It was hard for me to watch my favorite character done this way. And if that wasn’t the worst part, the final scene shows Dean hung by chains and meat hooks in an endless sea of chains and hellish storms. Dean shouts for his brother and the camera pans back. Then it cuts to black. I have to tell you, this episode and what happened to Dean bothered me for weeks. I was literally sad for a long time because I had to wait months to find out what happened to him next. It is an ending that I will never forget.

FAVORITE MOMENT: Sam and Dean are driving in the Impala, towards Dean’s ultimate fate with death, when Dean rocks out to Bon Jovi’s “Wanted”. It was a funny, touching, and emotional scene all at once. Very powerful.

….so that does my first TOP FIVE. Hope you enjoyed it. Have a suggestion for a TOP FIVE I should do? Comment or shoot me an email: contact at apstephens dot com

I will cover many topics. Could be my Top 5 of a certain food, drink, music, games, etc. Send me some ideas. Thanks and come back soon.